In 2011, two films were released about the same topic: Having a sex-buddy that you weren’t actually dating. If you’re confused, I wouldn’t worry about it, as it’s not really a thing anymore (if it ever was). But it was enough to get this Wikihow page on “How to Start a Friends-With-Benefits Relationship,” which is pretty fantastic:

The photos are kind of perfect: 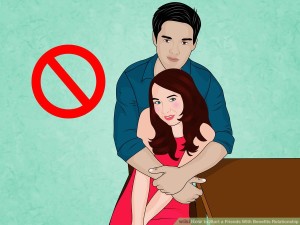 *scribbles notes frantically* Wait, is she trying to blink a message? 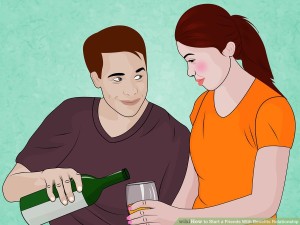 Nothing terrifying about this guy!

Anyway, I digress. No Strings Attached was released in January:

And Friends with Benefits was released in July:

At the time, the easy joke was that they’re both the same movie, but I disagree, and it’s nagged at me for quite some time. I’ve always preferred Strings, but I recently watched Benefits and was reminded of how awful it is. The Ringer did something similar, but honestly, I kind of got lost. So, I’ll break it down into four different categories.

Are there better things I could be writing about? Oh, absolutely. Am I going to prattle on about this for 800 words instead? You bet!

Both movies prominently feature the dads of the men in the family. In Strings, Kutcher’s dad (the excellent Kevin Kline) is a wealthy producer famous for some 80s show that spawned the catch-phrase “Great Scott!” Kline steals Kutcher’s vapid girlfriend and spends the movie trying to make amends with his son. It’s genuinely entertaining, but the subplot also moves along smoothly with the main story. Kline pops up sporadically, adds a few laughs, and then smartly disappears.

What’s the father plot in Benefits? Let’s see…oh right. Timberlake’s dad (the excellent Richard Jenkins) has fucking Alzheimer’s disease. Yeah, that doesn’t work. That is the opposite of a proportional response to the main story. A subplot like that overpowers the narrative is like making macaroni and cheese and then adding a cup of A-1 sauce to the recipe. WHAT?!

It doesn’t help that the whole point of the disease is to teach two valuable lessons:

I mean, if you can think of a better way to show those fairly common movie themes other than a horrifying degenerative disease in the midst of Kris Kross lyrics and dick jokes, I’d love to hear it!

And how did they resolve it? Timberlake decided to bravely not care what other people think because life is short. It looks like Timberlake’s sister is still going to take care of her father in L.A., and his father is still terrified/frustrated at losing his mind. Seriously the whole thing comes off as Timberlake isn’t at all concerned about the mental disappearance of someone he loves. But Timberlake eats lunch at an airpot without wearing pants and is okay with it so…yay I guess. Hooray for happy endings!

Strings wins out again on the character roles themselves. Mila Kunis is flat-out funny (watch Forgetting Sarah Marshall again sometime) as is Justin Timberlake (pretty much pick any of his sketches from SNL). The problem isn’t those two, it’s who those two are playing. Kunis is the woman who wants to believe in love and eventually finds the right guy, and Timberlake plays the guy who’s afraid of commitment.

Yawn. We’ve seen this before. Strings wins out handily because you swap the traditional gender roles – Portman is the career-driven doctor who’s just looking for recreation and terrified of falling in love, and Kutcher is the arty creative type who doesn’t understand why Portman doesn’t want to just date already. That simple flip makes everything significantly more interesting.

Yeah no. You don’t get to openly mock the roles and rituals of a traditional rom-com by playing directly into them. You don’t get to mock the neat, tidy, happy endings of a romantic movie and then that suddenly gives you permission to do the same thing. You’re not winking at the camera, you’re re-appropriating something else and using the structure as your own. A simple, ham-fisted chunk of dialogue is not a cure-all, no matter how many punchy one-liners you throw in.

Look, all technology eventually becomes outdated, and so you learn to ignore the media references (there are entire Seinfeld episodes could be solved with a single cell phone). But here, Benefits pretty much triples down on the trends of the day. Branded content! Guerrilla marketing! Flash mobs! Horrendous street art that’s supposed to be similar to Banksy! More flash mobs! It’s seriously painful to watch and will continue to grow more culturally out of touch.

Strings really doesn’t rely on trends that much. He works on a High School Musical type of show, but it’s hardly a lynchpin to the story. Other than that, the technology is minimal (cell phones are about it) and the references aren’t tied to a single set-piece. If anything, the movie does a nice job at creating its own world of clearly-established friendships and an alternate pop culture where Great Scott! exists. The jokes revolve around that and therefore can never go out of style. It’s kind of genius.

And that’s really the bottom line: No Strings Attached is thoroughly enjoyable and, dare I say, a bit underrated. If you’re looking for a funny film with a romantic tilt, avoid Friends with Benefits, it’s not worth your time.