This summer was insanely busy–I taught Introduction to Mass Communication in June, had emergency surgery on my gall bladder six days before my wedding in July, and two conferences (and my honeymoon) in August. It was hectic to say the least.

That said, while on my honeymoon I finally had a chance to do some reading. Some good, old-fashioned reading. Because it was vacation, I didn’t read any scholarly articles or school stuff–it was all just books I felt like reading. It was wonderful. You read so many books for graduate school and so many articles to write publications that reading for fun becomes something relatively rare. It’s not horrible because I’m actually interested in what I study, but I definitely miss run reading–and this summer only made me miss it more.

I read five books in August (most of them on the honeymoon where we had plenty of time for beach-reading) and I was amazed how much I loved them. I figured it couldn’t hurt to mention them just in case anyone was looking for something to check out. So here they are: 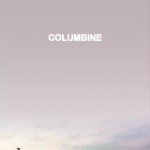 Without a doubt, one of the best books I have read in years. Published by a company called “12” (because they only publish 12 books a year), Cullen’s book explores the truths about what actually happened at Columbine while trying to (and succeeding in) answering the all-important question of why this tragedy took place. Cullen actually reported on the infamous school shooting, and his writing is absolutely top notch: strategic use of detail, fast-paced, and utterly, completely compelling. I absolutely tore through the book and have literally recommended it to everyone that I know. 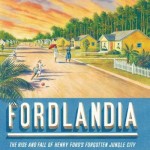 I’m a sucker for a great history book, especially if it’s well-researched. This one is great because the research is so meticulous, resutling in an intriguing book. Decades ago, in an effort to make the Ford company more independent, Henry Ford purchased a huge tract of land in Brazil to farm rubber trees. While importing rubber, Ford was also interested in exporting his vision for Utopia, and “Fordlandia” was born. This city in the middle of a jungle is the central to the book, though it also archives Ford’s own downward spiral (mirrored by the city’s downfall). The book could have been dry, but is filled with rich anecdotes and a fascinating portrayal not only of Ford, but of cultural arrogance (and obliviousness). 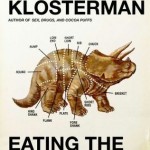 EATING THE DINOSAUR/SEX, DRUGS AND COCOA PUFFS By: Chuck Klosterman

As a writer, I like to think that, as I grow older, I find new authors to emulate and idolize as a way of making sure my technique and style do not become stale. Chuck Klosterman’s writing is my new Everest. Both of these books are a filled with essays dealing with…well…that’s tough to say. Klosterman uses pop culture phenomena as a platform for what social phenomena they represent. I really only had a total of two essays I disliked, and the rest were fascinating. Klosterman has had this amazing life (music and movie critic for a number of publications) but, more importantly, he has an amazingway of looking at events, behavior, mental processes, and, well, everything. It’s almost completely non-judgmental–so much so that I’m actually writing another blog entry just on that aspect of his work. 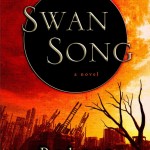 Ever since I entered graduate school (wow…seven years ago), I’ve really had no patience for fiction books. As for why, I’m sure it’s a variety of reasons. I read nonfiction for research and it tends to be pretty interesting (I study race and ethnicity), so it’s not like there’s a gigantic void of good readings in my life. From a pragmatic standpoint, what I find interesting tends to be what I research, and so reading nonfiction can be double-duty; I’m reading for research and I’m reading for enjoyment. However, I’ve always had a soft spot for post-apocalyptic writing (it was a huge phase for me during high school, starting with Alas, Babylon and ending with Farnham’s Freehold), and so I figured I’d give Swan Song a shot. And I’m glad that I did.

Swan Song is basically The Stand, only instead of a plague, it is nuclear holocaust that destroys civilization. It is a story about survivors and how those survivors ultimately end up in a showdown of good vs. evil. However, the characters are wonderfully written, the visuals are imaginative, the pacing is fast, and it truly is a masterpiece. The two main things I liked? While “evil” played a significant role, there was little mention of God, Jesus, scripture, and a minimal amount of prayer–the author truly let the humans battle for humanity, rather than having the survivors serve as pawns for higher powers. Secondly, I loved that it was such a dark book–unlike something like The Stand, where everything (except 99% of the population) is intact, in Swan Song the human population is practically obliterated and the nuclear attack decimates the landscape. THis is definitely worth a read.

Even if you only check out one of these books, I’m certain you won’t be disappointed. It was wonderful to have some time to read again, and I don’t think I could have asked for a better combination of books to get back into things.