Red Nightmare is a short propaganda film about Jerry, a man who takes living in the United States for granted (he even lied about his wife’s parents coming to town so that he wouldn’t have to go to a union meeting!!1!!one!!!). Dragnet superstar (and Red-hater extraordinaire) Jack Webb has decided to teach Jerry a lesson, and so Webb decided to give Jerry a Red nightmare (just like the title!). Jerry wakes up in an alternate reality where the U.S. is run by Commies. There is no such thing as church, the State comes and takes his daughter off to a Commie work farm, and (what finally pushes Jerry over the edge) the Reds have even claimed that they invented the telephone. Bastards!  Watch this film in its entirety here, if only for the beginning (the Commie training camp) and the end (when Jerry loses it).

When Mr. Ken Conaway showed this to my high school history class, I became fascinated by anti-communist propaganda from the 1950s and 1960s.  I immediately decided to start collecting anti-communist propaganda. I’ve bought a few movies (including shorts and instructional films) from the era, and a number of my monster movies feature creatures who represent clear warnings about the dangers of communism (I’m looking at you Them! and The Blob). Alas, that’s about it, mostly due to the TA salary the past six years.

That said, when I do start my collection in earnest, I want my first item to be a board game called “Victory Over Communism.” Listen to this description from boardgamegeek.com:

“Players are given cards containing questions and answers about communism. Every correct answer gets a player a Slave Country card, which frees that country from Communism. Every wrong answer brings the players one year closer to 1973, the year the rules quote as when the Communists will meet their goal of world domination.”

The questions the players have to answer are far from unbiased. Here are a couple from the playing cards (with answers): 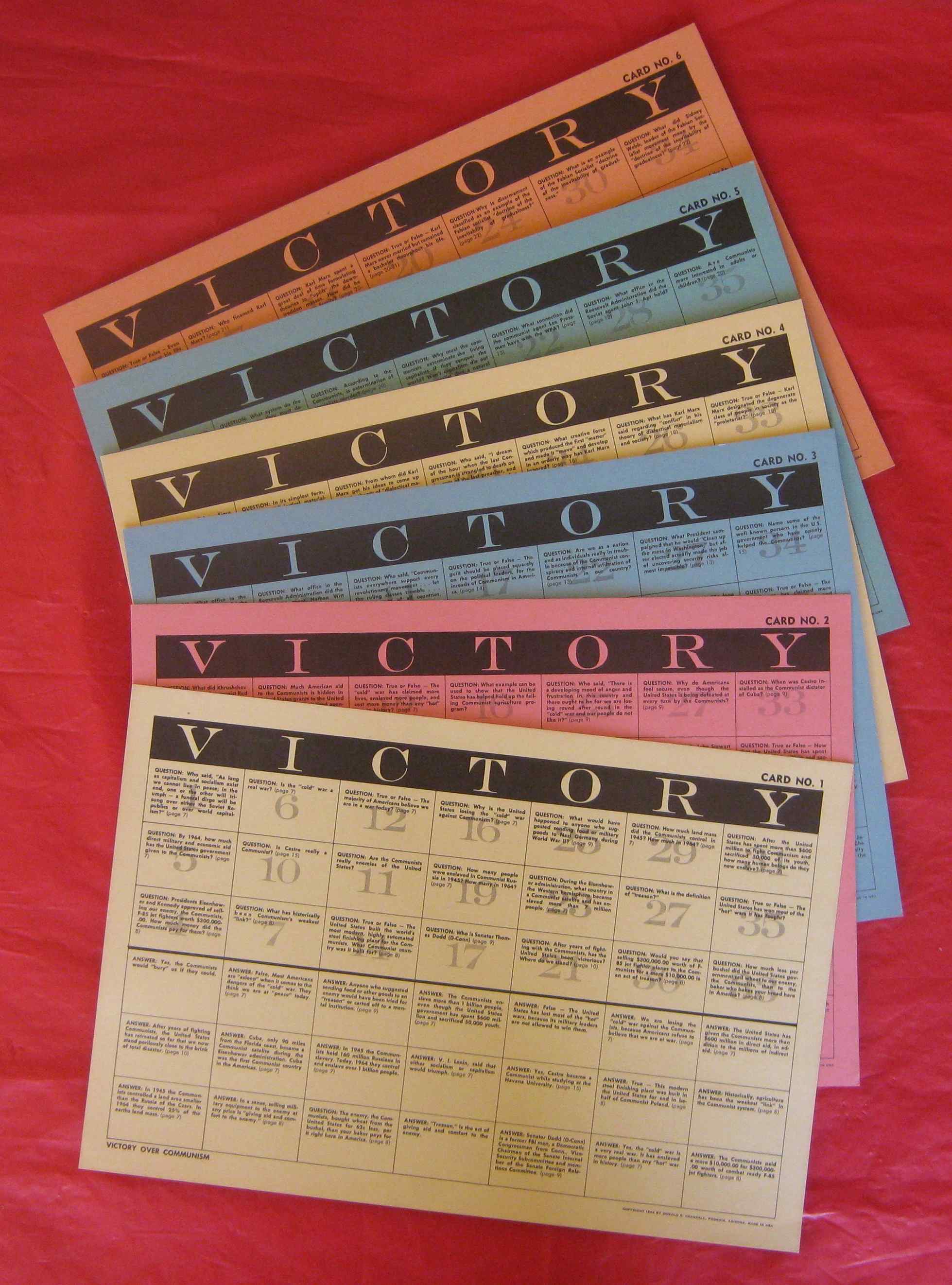 Here are a few more images: 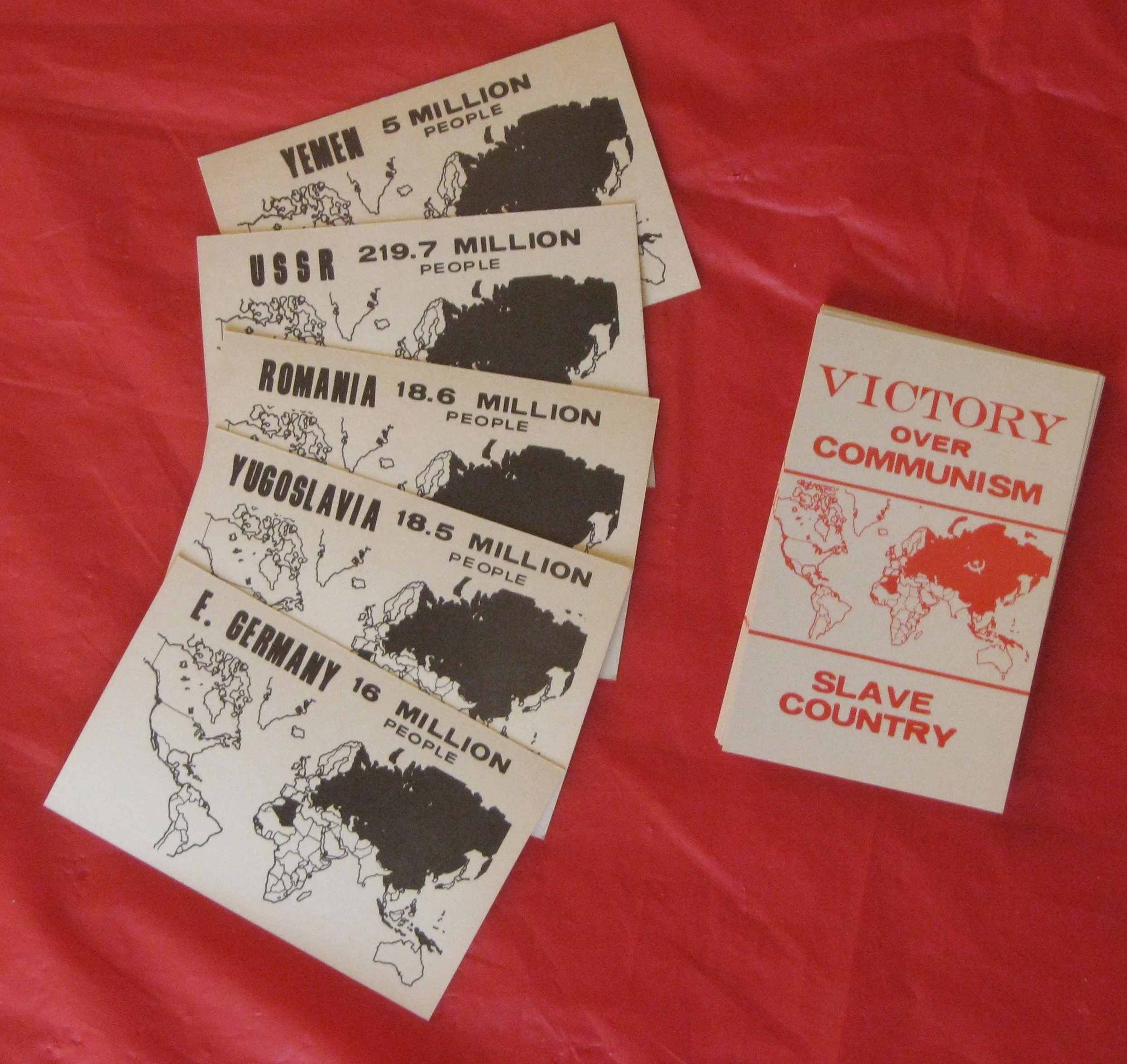 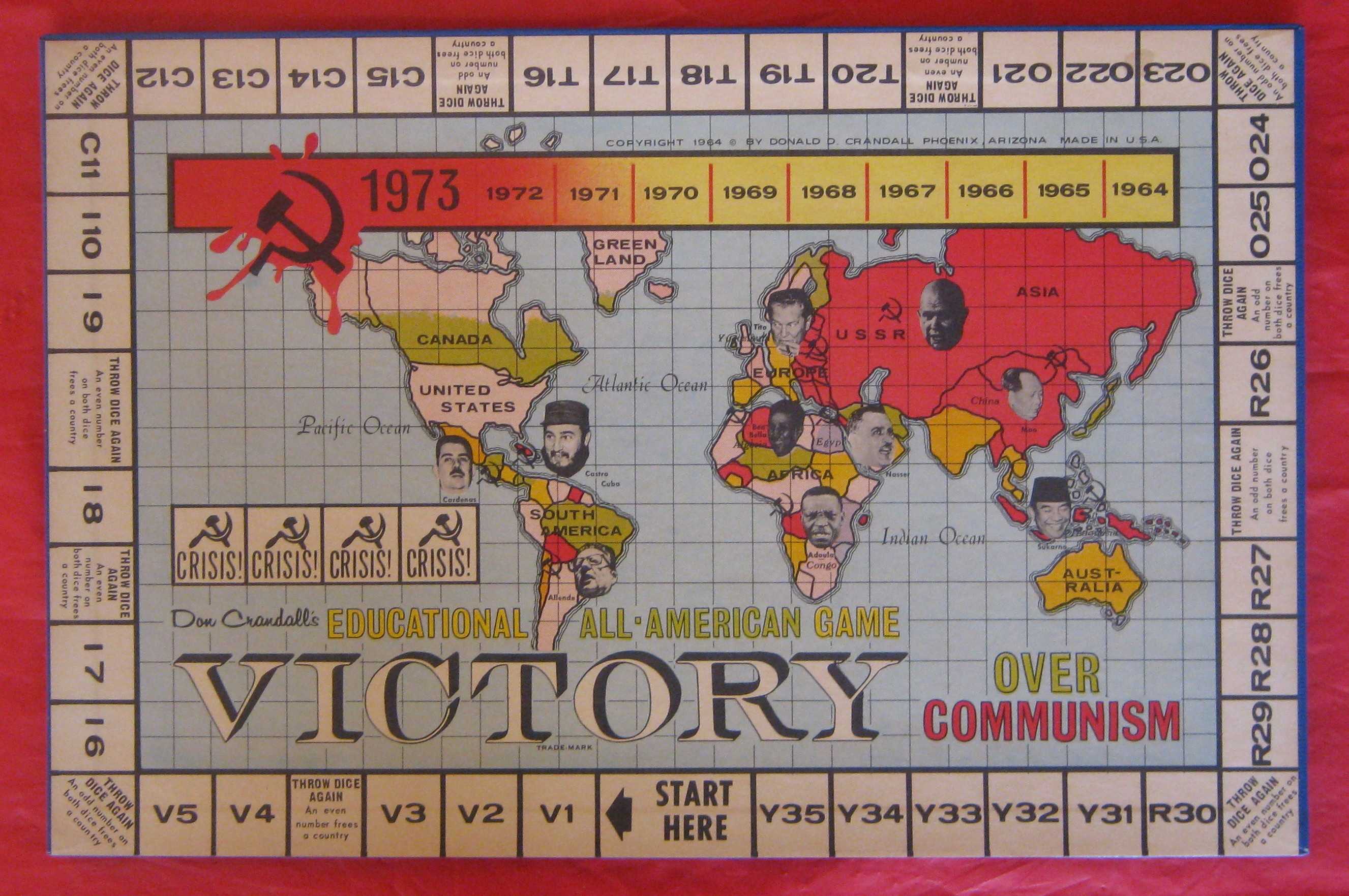 I can’t find this anywhere online for sale, but someday I’ll track it down and I will rescue the enslaved Communist countries, Jack Webb-style! BAM!