About a month ago, I heard an interesting piece of news: The Dutch are giving out free heroin.

At first I just assumed it was some neoconservative scare tactic, another example of those wacky Europeans and their crazy notions about how to live life (OMG TEH LIBS ARR GOING TO FORCE OUR KIDS TO TAKE DRUGGGSS!!!1!!one!!). But I finally got a chance to read up on the situation in this Economist article, and I have to say that I am intrigued.

Obviously, heroin is a dangerous drug–it makes you do crazy, unthinkable stuff and it can destroy your life. Just ask these guys: 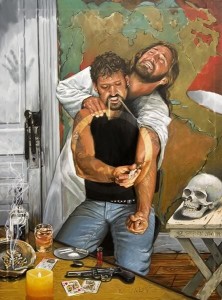 And yet, the Dutch government continues to hand out heroin for free, and it appears to be successful. So why is this so effective? To people get heroined out? Is too much of a good thing a bad thing? Did all of their druggies OD in the first week, thereby reducing the number of addicts to be counted for the next drug survey?

Actually, it’s none of these things. The Dutch have realized a fundamental truth that eludes many people: Drugs are cool, and government is uncool.

Allow me to quote at length from the Economist article I linked to earlier:

“[The Dutch government] has been giving them free heroin, as long as they show up to inject at government-run “safe injection points,” under the eyes of police and health staff. Dutch drug researchers now say that the youth population “doesn’t relate to hard drugs at all”, and that there’s no danger that Dutch kids reading the advice site will find heroin use attractive. They’re more likely to find it pathetic.”

I really cannot stress the genius of this approach, and I’m surprised it’s not used more frequently here in the United States. Each year, the debate over mascot caricatures is reignited, particularly in Cleveland where the old die-hard fans cannot understand why some people would find “Chief Wahoo” offensive. Yeah, not at all offensive. 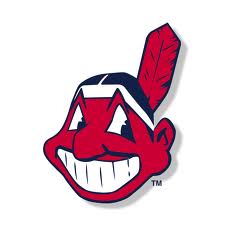 After all, what’s a little racism between fans?

That said, those offended by the mascot are going about this completely wrong. Forget petitioning the organization–you’re just drumming up media attention (and thereby reinforcing hegemony when, time and time again, Chief Wahoo (really?) continues smiling gullibly at crowds entering The Jake). Go the Dutch route and make Chief Wahoo uncool. Come up with alternative designs or logos and sell them underground if you have to. Build on that, create a following, and Chief Wahoo will become something far worse than an offensive stereotype.

It will become uncool.