It’s that amazing time of year again when the leaves start to turn, the weather starts to change, Saturdays are for football – well, at least the last one is true in the South. But the best part about the fall is being able to watch fantastic scary movies (no bad ones!) during the months of September and October. I’ve written about Rocktober before, but I wanted to clarify what makes a Shocktember movie and what makes a Rocktober movie, and everything in-between.

Few things in life are more important than understanding the difference between a Shocktember movie and a Rocktober movie. Don’t think so? Let me ask you this, hotshot – would you watch Halloween the first week in September, like some kind of animal? Exactly. So I’m here to explain how to categorize these films.

First and foremost, here is the Shocktember.Rocktober.Master.List, which includes movie times so you can fit some of the shorter movies in on a weeknight. 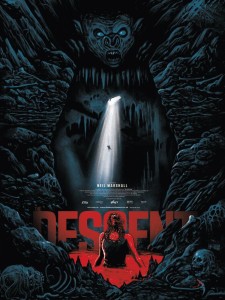 Shocktember movies basically fall into two categories: Creatures and zombies. I don’t want to get into a huge debate about it, but yes, I consider the infected souls in 28 Days Later/28 Weeks Later to be zombies. Other than that, Shocktember encompasses any creature unusual in origin, size, number, or ferocity. Some standouts include:

The Descent: Duh. I’ve written about The Descent a lot (here and here, and I’ll probably be writing another entry soon), but only because it’s absolutely, completely brilliant. Following a tragedy, five women get trapped underground in a cave, only to find out they’re not alone. I consider this to be the best horror movie ever made, and the creatures don’t even show up until 47 minutes into the film.

Black Water: While Rogue (another crocodile movie also on the list) is more action/horror, Black Water is suspense/horror. Both are great, but unlike the raucous ending of Rogue, Black Water keeps everything relatively grounded. The story is simple: Three individuals on a crocodile tour get trapped in a mangrove tree out in the middle of nowhere, with a crocodile trying to kill them. It is wonderful.

The Ruins: This is one where you either buy into the premise (which is admittedly far-fetched) or you do not. I do. Trapped in the jungle on top of ancient ruins (hey!), five friends have to try and survive while something is trying desperately to kill them. 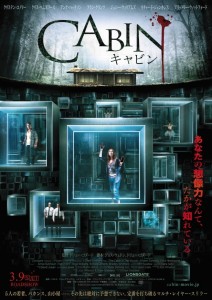 “Cusp movies” (a term coined by my excellent wife Claire) are horror movie films with a sense of humor; an homage to the genre. These movies have an awareness of what makes a horror film, and they generally mix humor with suspense. They’re called cusp movies because they need to be watched during the last week of Shocktember and the first week of Rocktober. Some standouts include:

Cabin in the Woods: I don’t know about it being the “best horror movie of the 21st century,” but only because The Descent exists. It is absolutely brilliant, chock full of horror movie references while simultaneously explaining, skewering, and embracing the entire genre.

Behind the Mask: The Rise of Leslie Vernon: Set up as a horror movie documentary where student journalists interview a killer, the movie is a delightful, clever feature that does a great job of explaining the structure of a horror movie. The script is brilliant, but Nathan Baesel’s performance carries the movie.

Tucker and Dale vs. Evil: It’s a funny, smart case of mistaken identity with two actors who escalate the (already excellent) material to an underrated film. 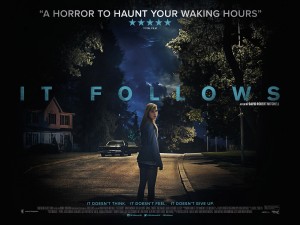 Rocktober movies can basically be boiled down into two concepts: Slashers and the supernatural. This is where you get a lot of your classic psycho-murderer films, so no point in listen the staples (Halloween, Friday the 13th, etc.). I wrote about some Rocktober movies you shouldn’t miss, but here are a few standouts that you should definitely check out.

It Follows: When one of the best TV/film critics around says it’s the “scariest American horror movie in years,” you should set your expectations accordingly. The film is uncomfortable, unrelenting, and a wonderful allegory for how we think about sex in this country.

The Babadook: Remember when Todd VanDerWerff said that It Follows was the scariest American horror movie in years? Yeah, that’s because The Babadook exists. An Australian horror movie, this film gets inside your head. It’s legitimately creepy, and builds suspense like few movies can. 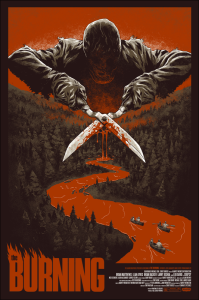 The weekend is a great time to catch up on horror movies, but let’s face it: sometimes you’ve got stuff to do! This is where the background movies come in. Generally speaking, background movies (like Troy, any Rambo film, Inside  Man, etc.) are films designed to be watched while you’re doing something else. A great background movie is entertaining, but not too entertaining – something where you can look up every once in a while to watch a scene, but you don’t have to stare at the screen. The main rules: Nothing too intense/interesting, and no subtitles.

It’s no different for horror movies. Here are a few standouts that don’t stand out too much:

The Burning: Released after Friday the 13th, even if you’ve never seen this movie before…you’ve seen this movie before. It hits all the beats of a slasher film because it was one of the first. After an incident at summer camp, a maniac returns to exact revenge (sound familiar?). The deaths are creative, the killer is actually a bit sympathetic, and it features a very young George Costanza.

Friday the 13th – Part III: Speaking of Friday the 13th…yeah. The fact that this entry in the film was ranked 9th (!!!) in the series is inexcusable. It’s an absolute blast. The acting is horrible, the storyline is muddled, and the subplots are bizarre. But every once in a while, you look up just in time to see a blatant example of 3-D filmmaking (the axe is comin’ right at you!). It’s a perfect background horror movie.

Joy Ride: Until things totally fly off the rails at the very end (which is still wildly entertaining), this movie is way better than it should be. This makes for a great background feature because you can look up every once in a while for an fun sequence, and you can look back down before thinking, “Wait a minute…” Incidentally, if you ever get ahold of the dvd like some kind of dinosaur, there are four alternate endings (and the one in the cornfield is actually better than the version that appears on-screen). Just make sure one of the times you look up is when Walker and Zahn are in the hotel room – that scene belongs in a much better movie. 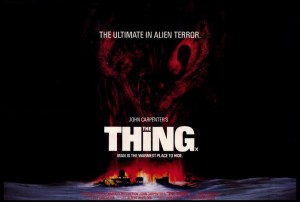 It’s like I always tell my visual communication students: You can break any design rule you want, just make sure you have a very good reason for it.

The tricky part about Shocktember/Rocktober is that there really isn’t a place for science fiction films. I love Time Crimes more than most (because it’s an amazing film), but it’s not a fit for fall.

Having said that, there are two movies that I make room for in the movie schedule:

The Thing:  This John Carpenter film is timeless, thanks to its claustrophobic atmosphere and practical special effects. While it’s technically sci-fi/horror (the Thing is an alien), quite frankly, it’s too good not to have in the rotation.

Alien: Speaking of too good to exclude, this film has it all. It’s majestic, it’s suspenseful, it’s innovative, it’s exciting – I just have to watch it. No need to watch the director’s cut, as Ridley Scott actually said the only reason he released that format was so it could be released on the big screen again. Having said that, the director’s cut of Aliens actually provides a lot of important exposition that really enhances the story. Now you know.

Whatever you choose to watch, make sure to use this amazing Spiced.Apple.Cider recipe! Let it simmer in the crockpot all day, and pair with a hot bowl of chili.

Now get moving – you have a lot of work to do.